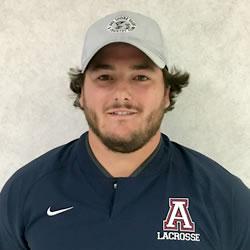 Nick was a starting midfielder at Hobart College for two years where he played under former Cornell Head Coach Matt Kerwick. Nick transferred to Le Moyne College in Syracuse where he played under Hall of Fame Coach Dan Sheehan and finished up his collegiate career. Le Moyne College went undefeated in the regular season his senior year. In 3 years his teams at Le Moyne went a combined 27-4, including 2 Conference Championships and 1 National Championship game appearance.

Nick spent a year in the Mechanical Piping Industry before relocating to Dallas to pursue a career in coaching. Blumer was the assistant varsity coach last year prior to becoming the head coach for the program in 2016. 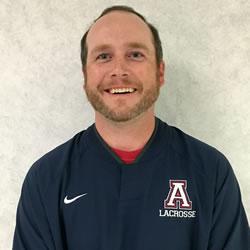 David grew up in Corning, New York. With a father who is considered a legendary high school coach, it was only natural that David would excel at the sport. David was a decorated midfielder and face-off specialist at Corning East High School in New York. His high school career face-off winning percentage was over 72%. David was selected to the All-Conference First Team, All-Tournament Team, and selected to play in the Super Senior Game. He was named his team's Offensive Most Valuable Player. In 2002, Streeten earned a silver medal in the Empire State Games of New York as a member of the Western Empire Team. David played for Division I Binghamton University as a face-off specialist until he was sidelined by a career ending injury. During his remaining three years of school, David worked as a volunteer assistant until he graduated from Binghamton in May of 2008 with a bachelor’s degree in English and a concentration in creative writing. After graduation, David worked as a freelance sports journalist at both Inside Lacrosse Magazine and Lacrosse Magazine. and substitute teacher before entering the coaching realm.

"I am very excited about having the opportunity to coach the amazing talent I have already seen at Allen High School. The lacrosse community, players, and board in Allen have a culture and set of values that are very similar to what I grew up with while playing the game. I am very anxious to get on the field with the boys in Allen, to help them continue to raise the level of excellence they have already started there." 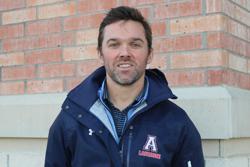 Sam grew up in Annapolis, Maryland, graduating from South River High School where his team won the 4A/3A state title in 2009. While at South River, Sam was a First-Team All-Metropolitan selection by both the Washington Post and the Baltimore Sun, a First-Team All-County selection in Anne Arundel County, as well as earning First-Team Mid-Atlantic/South honors by U.S. Lacrosse. In addition to these, Sam was a recipient of the C. Markland Kelly Award during his senior season, which is awarded to the “Best High School Lacrosse Player in the State of Maryland.” Following his tenure at South River, Sam attended and played for the University of Maryland, Baltimore County (UMBC), where he was an America East All-Conference selection. After attending UMBC, he played a handful of seasons in the American Lacrosse League (ALL), the Baltimore Indoor Lacrosse League (BILL), and had stints with the Baltimore Bombers. Coach McKelvey also currently works in real estate development when not coaching. 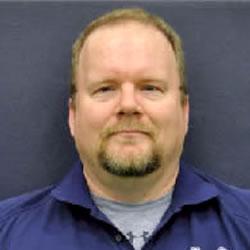 Scott has been playing lacrosse for over 30 years. He played at Oklahoma State University from 1986-1990, playing as a face off mid-fielder, long stick middie, and close defense.

Scott has played in Dallas area adult leagues for many years, including the Dallas Sharks, Lonestars, Coppell Red and White teams, Southlake Cobras, and the reborn Dallas Sharks. The Coppell Red team won the SWLA 2000 Championship. Scott has competed in the Coppell and Southlake Summer Leagues for 14 years and has also played on various travel teams over the years, competing in tournaments in Texas, Tulsa, New Orleans, Las Vegas, and Vail, playing every position. He also coached a U15 Lonestar Select team that competed in Vail. 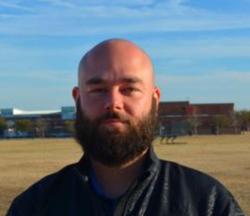 Coach Schneider grew up in Syracuse, New York and played lacrosse for one of the best programs in the country. While playing at West Genesee, Coach Schneider was taught by legendary lacrosse coaches, Mike Messere and Bob Deegan. Coach Schneider played in two Class A New York State Championships and finished his career on a team that was ranked nationally in the top five. Coach Schneider has coached high school lacrosse in Texas for the past six years, five at Plano West and last season with Allen. In addition to being one of the varsity lacrosse coaches at Allen, he also coaches the third and fourth grade teams. Coach Schneider currently teaches 8th grade U.S. History and lives in Lantana with his wife and two dogs.